A sip and print workshop extravaganza! 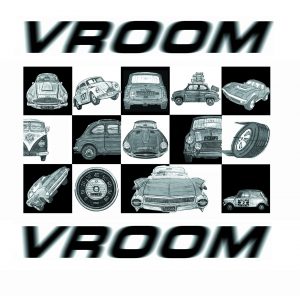 Come join print artist Barry Goodman create a one of a kind community art project!  No prior printmaking experience required. All materials supplied.

Students do not need to bring anything but themselves and their adult beverage of choice. Learn the process of Linocut printmaking in this fun casual atmosphere. In addition to taking home your one of a kind artwork, you will leave a print to be displayed at the Morean as a part of a community art project.

Linocut is a printmaking technique, a variant of woodcut in which a sheet of linoleum is used for a relief surface. A design is cut into the linoleum surface with a sharp knife, V-shaped chisel or gouge, with the raised areas representing a reversal of the parts to show printed. Wikipedia

Max number of students is 10 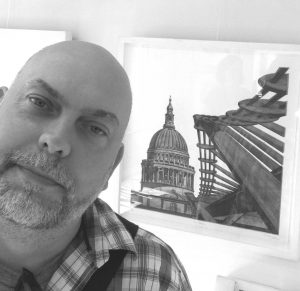 Barry originally intended to become an architect, but studied Graphic Design instead, before pursuing a successful career in Design and illustration. He later studied printmaking at The London College of Printing (University of The Art London).

His design background led naturally into larger graphic prints and paintings, which have been widely exhibited both across the UK and internationally, some of these are now adorning walls as far apart as Streatham, San Francisco, New York and Naples.

His work is held in public and private collections including The Library of Congress, Washington D.C. and The China Printmaking Museum, Shenzhen.

Barry is a member of The California Society of Printmakers, San Francisco, USA.