The Morean Arts Center and My Favorite Art Place have teamed up to showcase a display of local artists at the St Pete Clearwater International Airport at Gates 7-11. The airport is constantly adding enhancements for their travelers – updated parking, new shops, restaurants and other amenities to improve the travel experience. Adding this local art display is yet one more commitment to supporting local.

This beautiful art is made possible by the Morean Arts Center.  Visit The Morean Arts Center in downtown St. Petersburg and enjoy the many more local artist creations, Chihuly Collection, Morean Glass Studio and Morean Center for Clay.[Text MOREAN to 56512 for more details]

Barry Goodman is known for his vintage-style collagraph prints. His colorful graphic prints are a unique blend of Pop-Art and Minimalism, often depicting nostalgic memorabilia, vehicles, ads and other commercial iconography in deceptively simplistic ways. Inspired by urban architecture and the metropolis, many of his prints are composed of visually stimulating signs and symbols of life.

Each piece is a hand made collagraph 24” wide x 36” tall. They are beautifully framed with an acid free mat, white frame and art glass that is both UV protectant and reflection free.

Need us to ship them to you? Can Do!

His work is held in public and private collections including The Library of Congress, Washington D.C. and The China Printmaking Museum, Shenzhen. 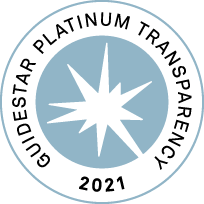