Motivated by a desire to use as many color combinations in one series as possible, Chihuly created the Macchia (Italian for “spotted”) in 1981. The development of the series involved creating a technique for applying a layer of white between colors to prevent them from blending. Pieces of colored glass are fused to the surface of the Macchia during the glassblowing process to create the mottled effect for which this series is named. This series is also distinguished by the contrasting lip wrap color, which encircles the undulating edge of these forms. 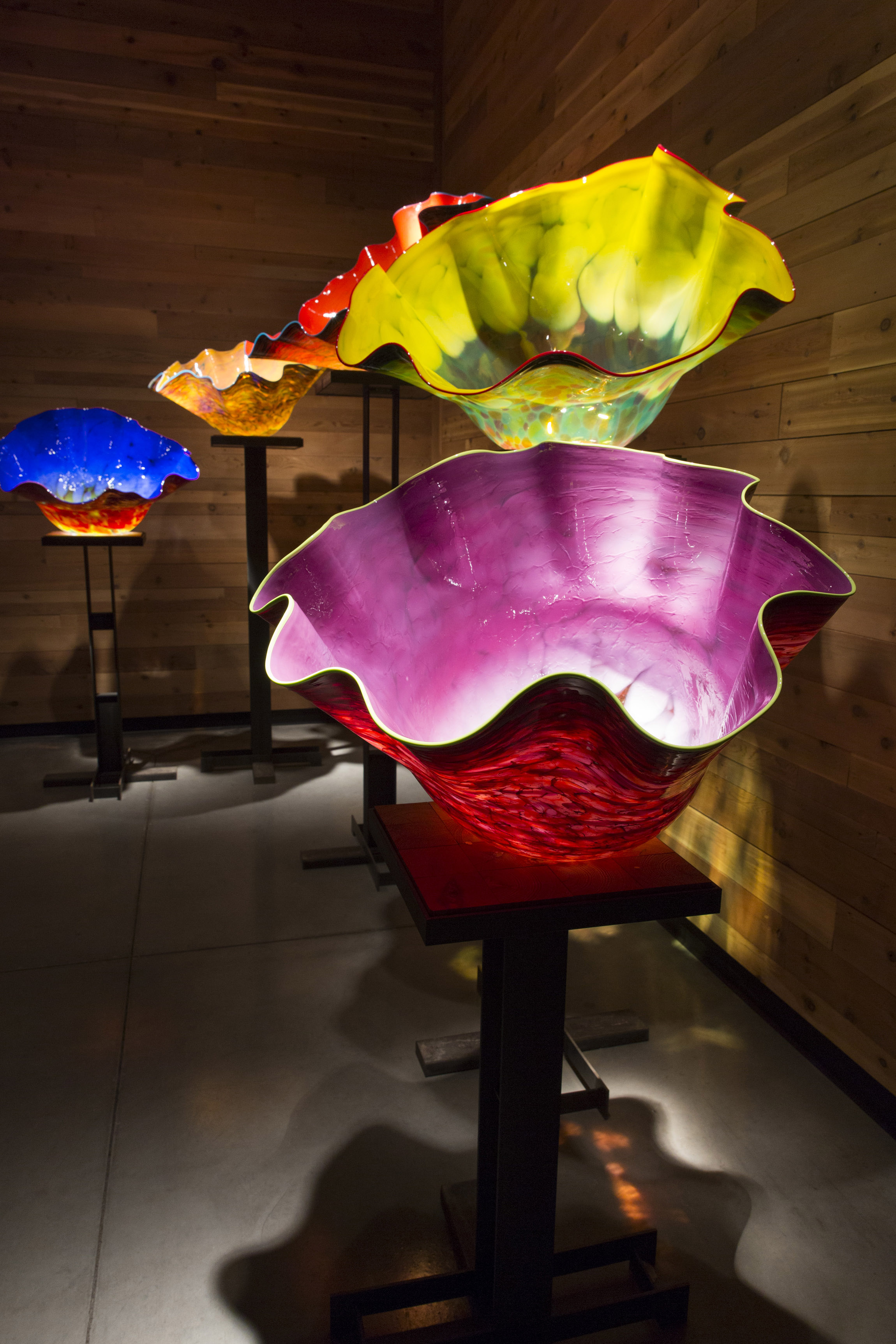